Reliable propulsion performance is a balance between strength, efficiency and operational requirements. Aker Arctic’s solid competence in this field stems from a long history of both designing and constructing ice-going vessels and icebreakers.

Once upon a time, Aker Arctic was part of Wärtsilä Helsinki Shipyard. Although the shipyard changed ownership and names several times over the years, building ice-going vessels always remained as one of its core businesses. Developing in-house ice model testing capability and gathering vast amounts of full-scale data resulted in abundant intellectual property on icebreaking technology.

In 2005, the winds of change steered the shipyard’s ice engineering unit on a new course as an independent company, Aker Arctic Technology Inc. The know-how of constructing ice-going vessels and icebreakers, how they behave in ice, and the extensive database gathered over the past seven decades still form the strong foundation of the company today.

“In the beginning, we focused on ship engineering and ice model testing, but about ten years ago we began building up an equipment supplying service that would not only complement our own design projects, but could also be offered independently,” says Kari Laukia, head of the equipment business at Aker Arctic.

“Our experience in designing shaft lines for ice-going vessels operating in all Arctic conditions, combined with our database with full-scale reference details from past decades until today, has given us the unyielding expertise to balance strength and operational efficiency in the propulsion system.”

In 2015 and 2016, Aker Arctic delivered four 5.4-metre Polar Class (PC) 3 fixed-pitch propellers, including materials and installation, for the Arctic module carriers Audax and Pugnax. The vessels and their propulsion systems have since proven their strength and capabilities in the harsh ice conditions of the Arctic.

In 2016, Aker Arctic designed two bronze ice propellers for the multipurpose vessel Louhi. The innovative approach was to use new dimensioning principles to enable the use of bronze at a higher ice class than typically used before. The propellers were consequently tested in full-scale in the Gulf of Bothnia during winter.

When paired with the detachable bow Saimaa, Calypso is able to break up to 70 cm thick ice. Saimaa is equipped with two shaft lines of its own, despite being pushed by the tug. Aker Arctic designed and delivered the complete propulsion package for the vessel which was commissioned in 2020.

“Due to special operational requirements, the strength of the shaft line exceeds the requirements of the highest Finnish-Swedish ice class, 1A Super,” Laukia says.

The most recent propulsion package order is for the new ice-going Pohjanmaa-class multirole corvettes for the Finnish Navy. Aker Arctic has designed the state-of-the-art propellers and the shaft lines. Combining the Navy’s operational requirements with different operational areas have been the basis for the design. In total, eight shaft lines are planned to be delivered to four vessels between 2023-2025.

Complete propulsion package solutions comprise the propeller, the stern tube system and the shaft system, in addition to the engineering and commissioning. The scope of supply can also be one or several of these parts.

“A system performance guarantee is included when we take care of the propulsion package,” Laukia emphasises.

Other services can also be provided such as Aker Arctic’s ice load monitoring system, hull lubrication solutions (bow flushing and air bubbling systems) as well as a patented external ice protection enclosure, known as side pool, for research vessels.

“Our equipment service continues to evolve, as we are constantly developing new solutions. The aim is to save costs for our customers while ensuring reliability in both open water and ice throughout the lifetime of the vessel,” Laukia says. “Let us know if you want to hear more about our newest inventions,” he adds. 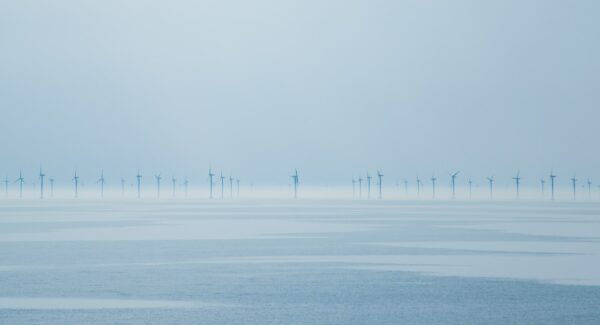 Icebreaker Concept design
Do you want to get fresh Arctic Passion News to your e-mail?