Bronze has been the preferred material for open water and low ice class ship propellers for decades. Few years ago, Aker Arctic began investigating the possibility of using it also in high ice class vessels. In November 2018, the first bronze propellers based on the new strength dimensioning criteria were installed on the Finnish ice class 1A ASD tug Calypso.

While bronze is not as strong as stainless steel, it has a number of benefits in marine applications such as good resistance against corrosion and cavitation damage. The material is also easy to work with both during manufacturing as well as when carrying out maintenance and repairs. Compared to a similarly-sized stainless steel propeller, a bronze screw is also cheaper.

Few years ago, Aker Arctic began investigating the possibility of using bronze propellers in high ice class vessels in co-operation with the Finnish propeller manufacturer TEVO. The new propeller strength dimensioning criteria, which takes both the ice load and the material properties into account, was verified in full-scale ice trials with a prototype propeller during the winters of 2016 and 2017.

When the Finnish towage and salvage specialist Alfons Håkans decided to equip their ASD tug Calypso with new propellers for icebreaking operations, the company opted for bronze propellers designed according to Aker Arctic’s new propeller strength dimensioning criteria. In the future, the ice class 1A vessel will be used to push a detachable icebreaking bow in Lake Saimaa. Calypso was drydocked at Western Shipyard in Teijo, Finland, in November 2018 and is now operating with the bronze propellers designed and supplied by Aker Arctic.

You can read more about the bronze propeller project in Arctic Passion News 2/2016 and about Calypso’s new propellers in 1/2018. 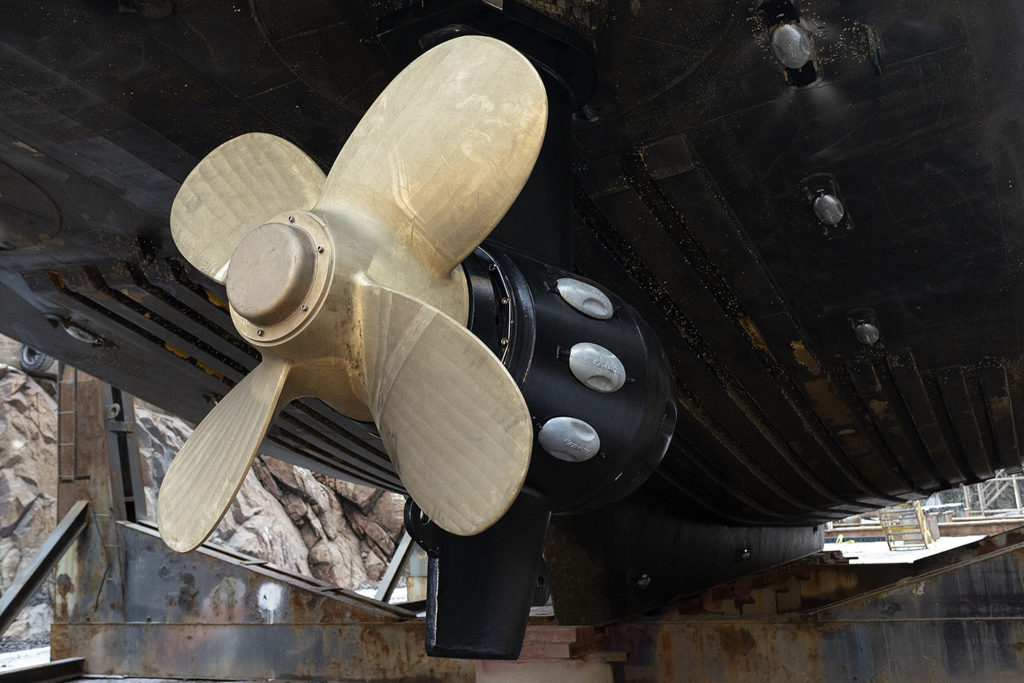